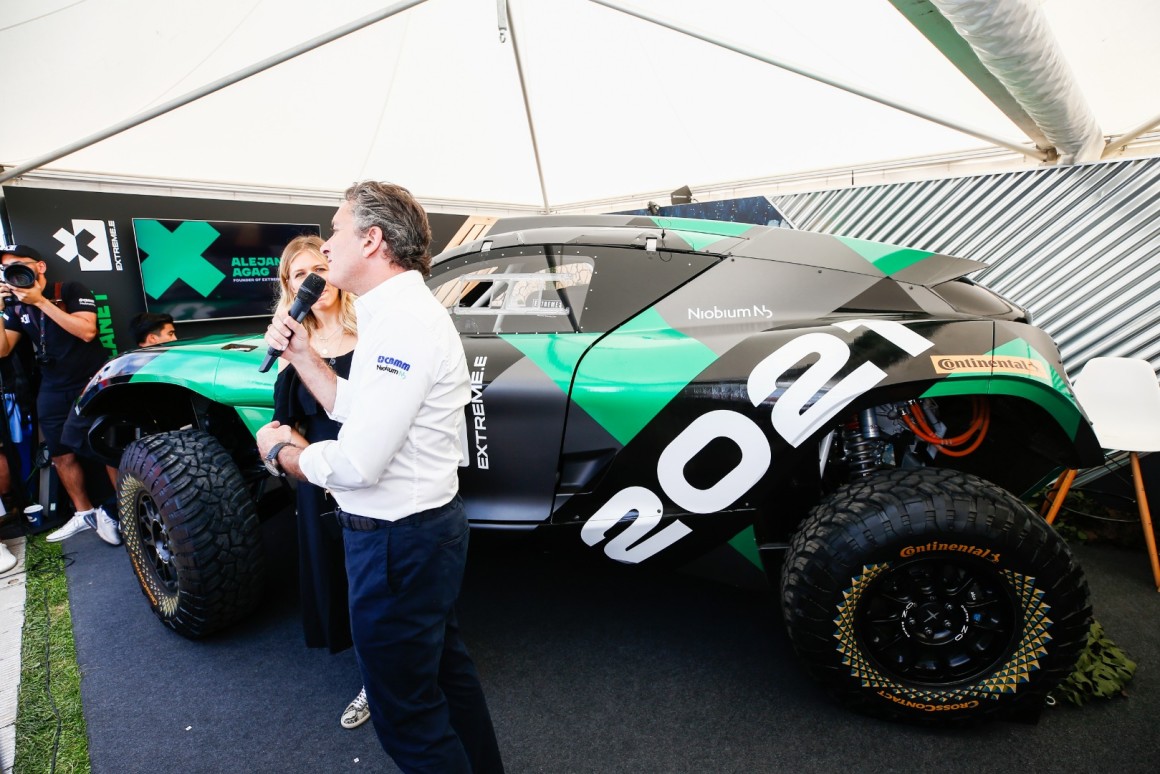 “The inaugural Extreme E championship will commence in 2021, using electric SUV vehicles to race off-road in extremely remote parts of the world. It is the brainchild of the team behind the hugely successful Formula E racing series, including Formula E founder Alejandro Agag. The project was launched publicly in January 2019 by Agag aboard Extreme E's unique ‘floating paddock’, RMS St. Helena, in London.

Extreme E’s ground-breaking new E-SUV was unveiled to the world’s media at the Goodwood Festival of Speed in July with a full testing programme set to get underway mid-way through 2020, before the series launches the following year.

The series’ first confirmed location, Greenland, was announced at the end of August, with its Himalayas, Desert, Rainforest and Indian Ocean Island stages to be finalised in the coming weeks and months. Issues affecting these areas include deforestation, rising sea levels, melting glacier ice, desertification, and plastic pollution. A final five-event calendar will be announced in due course.