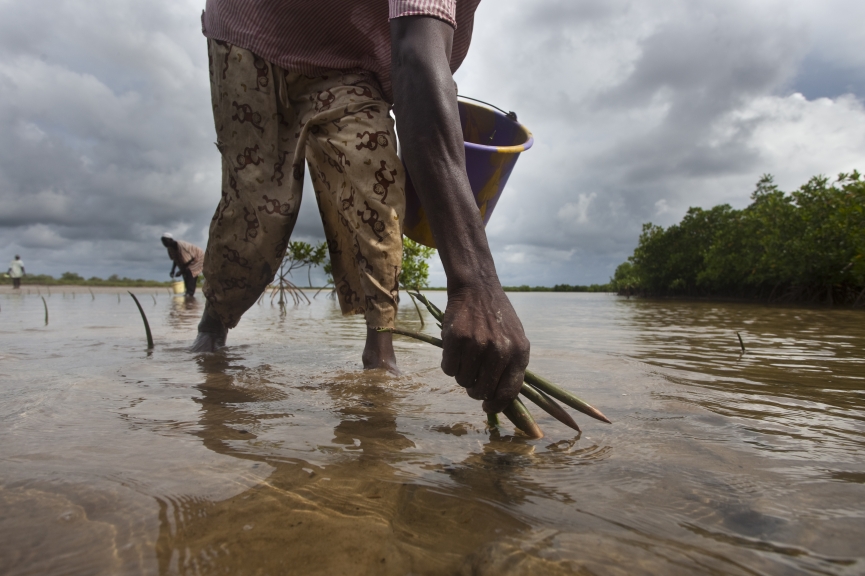 Extreme E, the pioneering electric off-road racing series, has confirmed its second Legacy Programme project; teaming up with local NGO Oceanium to plant one million mangrove trees in Senegal, one of the series’ five race locations.

The project, which Extreme E has identified in partnership with TO.org, will focus on five areas totalling 60 hectares, the equivalent of around 112 football pitches, with the aim of reforesting mangroves, providing education to local populations and improving social cohesion. TO.org is a legacy partner of Extreme E in Senegal and has been instrumental in bringing the series to the West African nation as a race location and identifying local legacy projects.

Angèle Lecomte, Executive Director of Oceanium commented: “Mangroves are one of the richest ecosystems in the world, providing essential goods and services and playing an important role in the life of coastal communities in the likes of Senegal. In addition to being an excellent carbon store, they reduce flooding and erosion from storms, act as nurseries for fish and filter salt and pollutants from water.

“Senegal has around 185,000 hectares of mangrove estuaries in the regions of Casamance and Sine Saloum but unfortunately these are disappearing very quickly. Between 1980 and 2000 25 percent of Senegal’s mangroves and 35 percent of the world’s mangroves have already been lost due to droughts and deforestation.

“The loss of mangroves is having a negative impact not only on the environment, but also for local communities that depend on them for their livelihood, making it so important to restore these degraded areas.

“We are extremely grateful to Extreme E for the commitment it is making to plant one million mangroves in Senegal. One hectare of mangroves can capture five carbon tonnes of CO2 per year, meaning 60 hectares over even just five years could capture approximately 1,500 carbon tonnes, as well as providing many socio economic benefits to the local economy which will ensure a positive impact for years to come.”

Louisa Tholstrup, Extreme E’s Legacy Programme Leader said: “We are delighted to confirm our partnership with Oceanium, an NGO that has a wealth of expertise in environmental conservation in Senegal. Since its inception in 1984 they have developed a range of reforestation initiatives in partnership with local communities. They have already had fantastic success restoring 15,000 hectares of mangroves, representing 150 million trees planted, so it made perfect sense for us to partner with them for our legacy project in Senegal.

“This is such an important project as the mangroves provide so much, not only to the environment but also the community and sadly the number of mangroves in Senegal is decreasing rapidly. This project isn’t just about planting mangroves, we aim to leave a real legacy and support Oceanium and the communities it works with long term. They have made such a big impact already, from improving household income to greater cohesion with the community, and all of us at Extreme E are really excited to support them in their mission.”

Extreme E, which will race in Lac Rose, Senegal in early 2021, aims to use sport as a platform to raise awareness and encourage positive action for the protection of the environment. The series has committed to support legacy projects which provide support to each of its race locations before and long after the sporting action takes place.

The remaining three legacy projects will be announced in the coming weeks.