Getting to Know You: JEV's First Date with the ODYSSEY 21 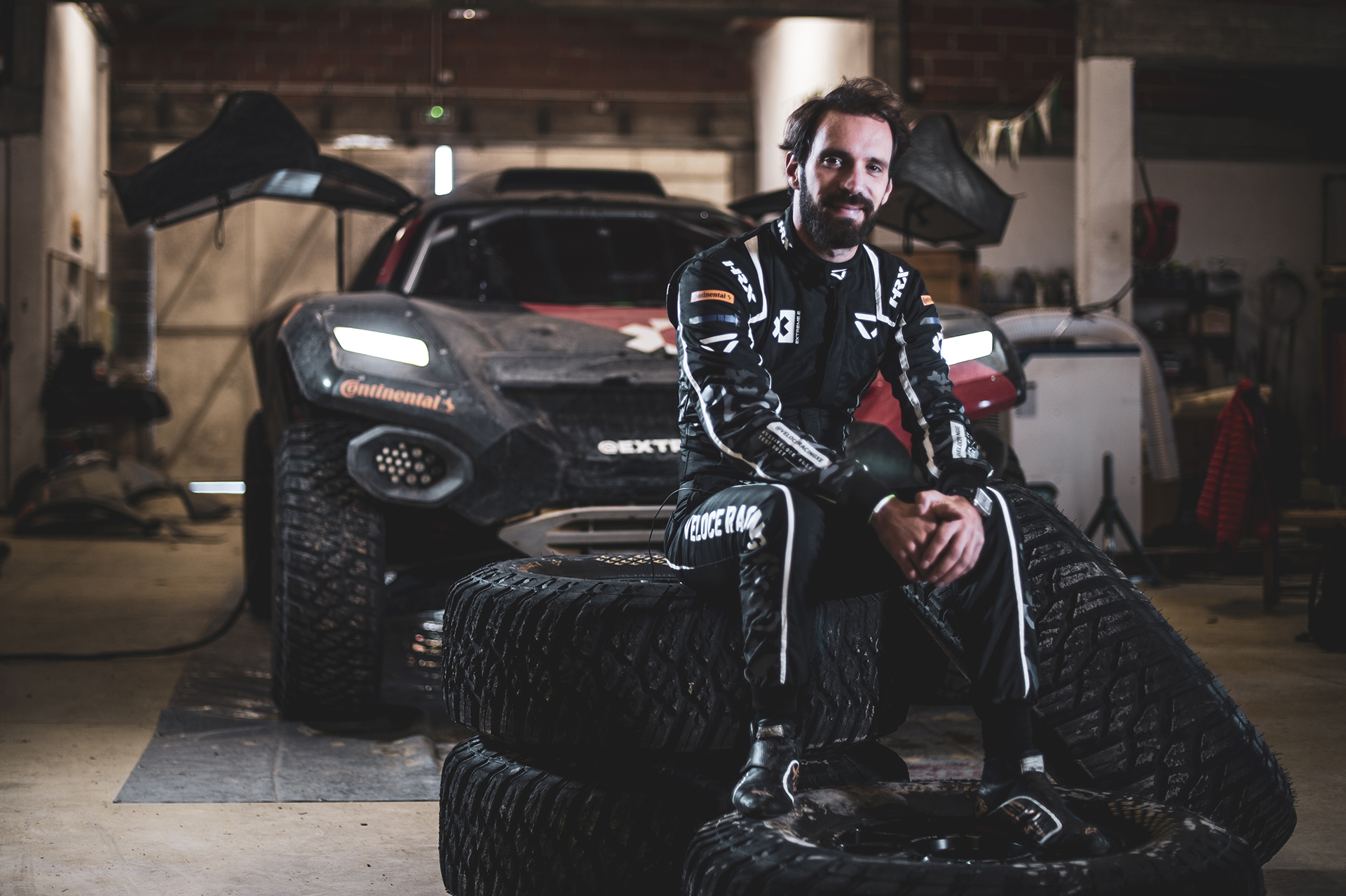 In a Veloce Racing first, Co-founder Jean-Éric Vergne began the team’s on-track Extreme E journey during an official test last week (28 September to 3 October), becoming our first representative to climb behind the wheel of the ODYSSEY 21 E-SUV.

Throughout the six days, the car was put through its paces by a number of big names from the world of motorsport at Château de Lastours in southern France, a track renowned for pushing vehicles to the edge on its demanding off-road track. Among the high-profile racers was our very own Jean-Éric who, as Veloce Racing Co-founder and a suitably well-rounded driver, was perfectly placed to offer his verdict on this revolutionary vehicle.

JEV utilised all of his experience as a two-time FIA Formula E Champion and ex-Formula 1 driver to sample the pioneering discipline of Extreme E for the very first time.

Having only ever competed on Tarmac circuits and with the majority of his career taking place in single-seater categories, drifting sideways through the dirt was an entirely new experience for the Frenchman, but one he thoroughly enjoyed.

The test proved vital as drivers provided much-needed feedback for many of the series’ partners – Williams Advanced Engineering, Spark and Continental Tyres to name but a few.

“I loved it!” he enthused. “It was a very, very good experience. I was really pleased with the power – it’s hugely impressive.

“It is a totally different world to what I’m used to. I’ve never driven sideways before and here you have to slide, so it’s something I’m discovering and I’m really enjoying it.

“For the first few laps, I had to almost re-learn the way I drive the car as it’s so different to my experience in single seaters. That was rather humbling for me at first but I evaluated, took advice and saw progress really quickly, which felt good. When I got up on the hill track, it felt incredible and I didn’t want it to end.

“Extreme E is going to be huge amounts of fun and I can’t wait to drive the ODYSSEY 21 again and see even more improvement. Whether or not I drive in the series myself is not decided yet. I want Veloce Racing to win, of course, so I will pick the driver best-suited to the job.

“What I do know, though, is that we are building a serious team entry and we can’t wait for Season 1 to start!”