Putting the ODYSSEY 21 through its paces 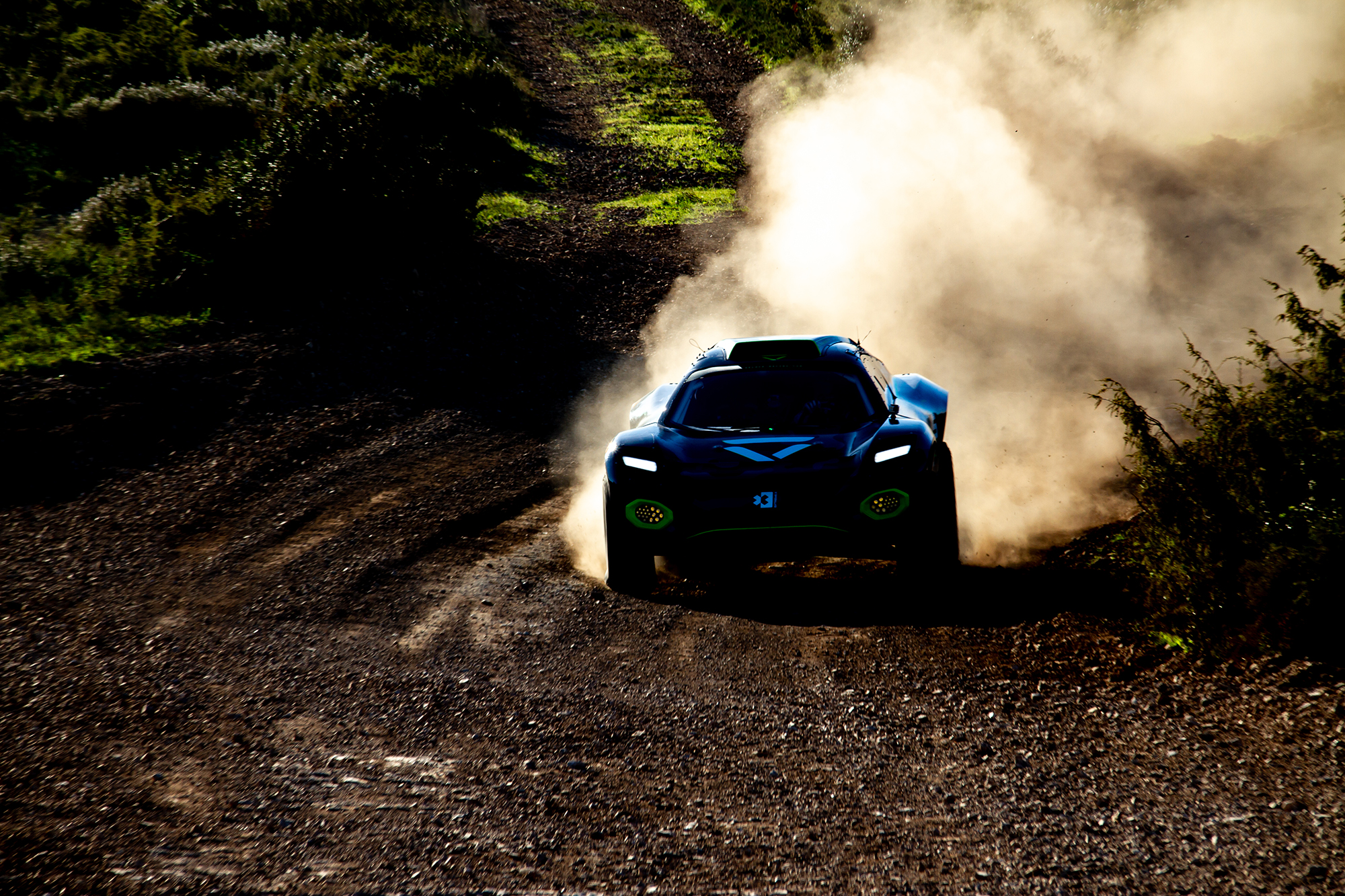 Following on from a successful car wrap at ART Grand Prix earlier in the month, Veloce Racing Team Manager Ian Davies has been continuing his pre-season preparations with the team at Fontjoncouse. At the picturesque testing facility in southern France, an initial shakedown of the car took place where inaugural W Series Champion – and Veloce Racing’s recently confirmed female driver for Extreme E – Jamie Chadwick was introduced to off-road driving for the first time.

We conducted our shakedown of the car at Fontjoncouse, which is an area where a lot of Dakar and WRC teams do their testing. This maximised our ability to try the ODYSSEY 21 out on a variety of terrains whilst keeping our carbon footprint as low as possible. In this series, testing must be very efficient so we were limited to 50km a day, running on much smaller loops – 1.3 to 1.5km– instead of the usual 5-15km in a normal off-road testing environment.

We started on day one with all initial testing based around seeing what the car could do. It was like having a blank canvas. We did a lot of work with Jamie to iron out a few pre-conceived habits from her single-seater background and forming a base set-up for the car. We also spent some time focussing on the driver change – strategy, seat set-up and steering wheel optimisation – which I believe will be an integral part of the season.

After confirming a base set-up on day one, we switched our attention to the performance side of things for day two, adjusting suspension and differentials in an attempt to improve lap times against the clock.

On day three, we took more risks, pushing the car harder and doing multiple jumps to take it to the next level of what it can achieve. The idea being that you don’t want to jump the car and roll it on day one because then you’ve lost the whole test, so we took more and more risks as we progressed.

I believe the dynamic between the two drivers is going to be hugely important. With Jamie, her single-seater experience was really useful in terms of car refinement mid-corner. We were extremely impressed with the way she adapted to the ODYSSEY 21 considering she had to develop a whole new skillset. She had never driven a nearly two-ton (1,770kg) car on an off-road surface before, but she continued to improve on a kilometre-by-kilometre basis.

I think for the majority of people, learning the car and how to make adjustments is going to be a very new experience. From an engineering perspective, for example, the front and electric motors have so much scope for what can be done. It’s obviously a big jump in innovation from two-wheel drive electric series such as Formula E. It is quite similar to going back to the days of active transmission and differentials in the early 2000s, when you could make adjustments through the diffs.

I maintain that the relationship between the drivers is going to be crucial in a single-make series with limited development potential. The average speed of the driver combination is going to be everything. Rally drivers have seen male and female co-driver pairings over the years, but having a male and female equal status pairing is entirely new. When it comes to fighting for the championship, combining their pace and how they adjust to each other’s set-ups is going to be pivotal.