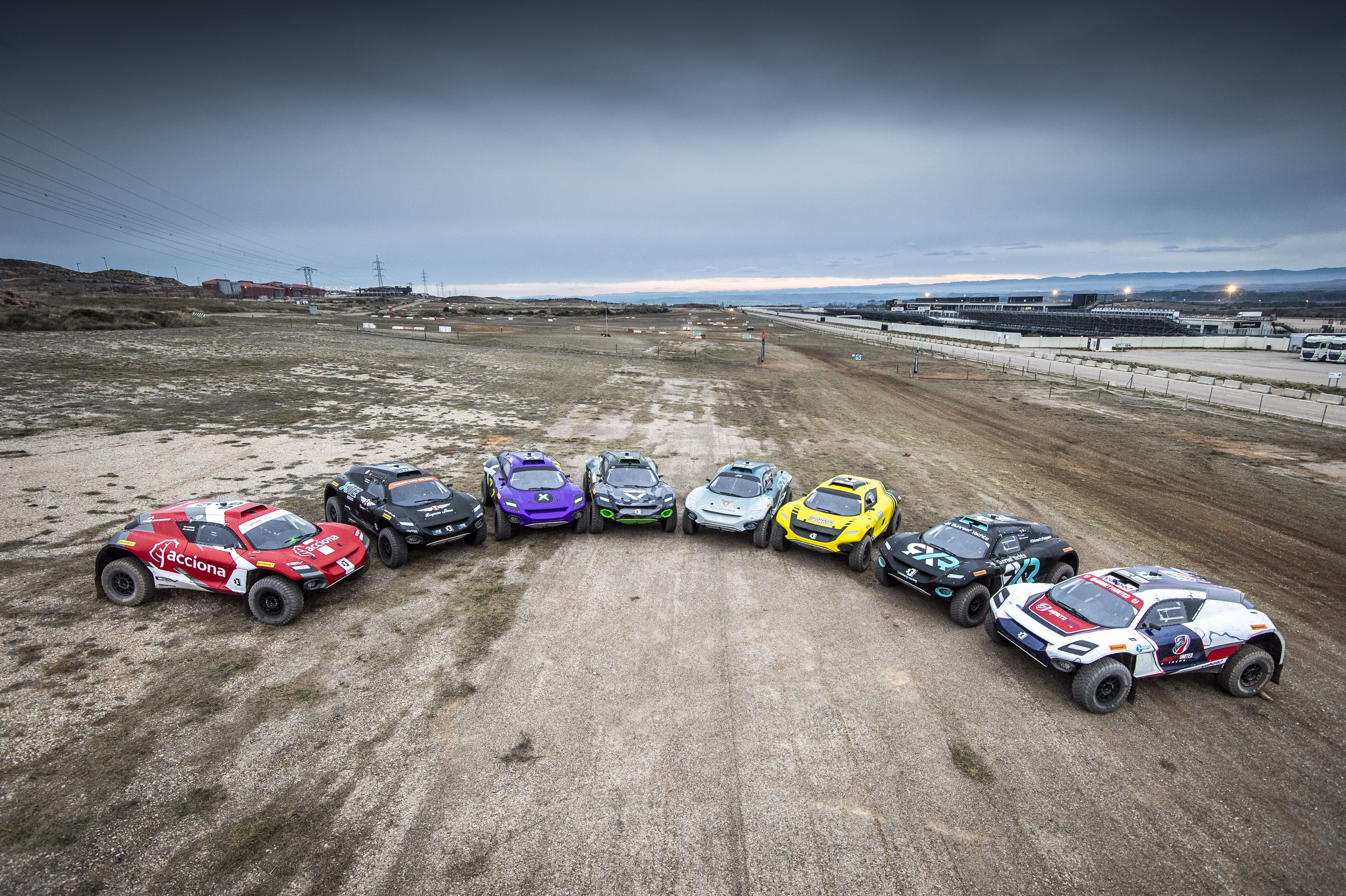 Extreme E’s first race weekend is just 50 days away, and with ten teams signed up, fielding a legendary line-up of champion drivers, the series is gearing up for an epic weekend of action in Saudi Arabia on 3-4 April.

Alejandro Agag, Founder and CEO of Extreme E, said: “Wow, just 50 days to go until our first race weekend. I’m delighted and proud we have got to this point despite everything that has gone on in the last year. Our adventure now truly begins, with the St. Helena departing on her voyage in a matter of days. This is the culmination of a number of years of hard work, and I really can’t wait to see all the cars, drivers and scientists at our first event in Saudi Arabia.”

It is safe to say they are all extremely eager to go racing.

Jamie Chadwick, Driver, Veloce Racing said: “It’s incredibly exciting with just 50 days to go. I’m training hard every day and getting myself in the best condition possible come race day. Speaking with Stéphane [Sarrazin] it’s clear we are both fully prepared mentally and physically to kick off the series in Saudi Arabia and give it our all. We’re both so excited to race in this part of the world, not only to experience its beauty and terrain but also to raise awareness of the impact of climate change in the region.”

Johan Kristoffersson, Driver, Rosberg Xtreme Racing added: “I'm not sure where all the time has gone! But, it is super exciting to be 50 days away from the start of the Extreme E season in Saudi Arabia. All the team at Rosberg Xtreme Racing have worked so hard with me and Molly [Taylor] to prepare for the first race and we can't wait to get started.”

Not only will Extreme E bring short, sharp wheel-to-wheel racing to a global audience through its more than 40 international broadcasters, it has a wider purpose – to highlight the climate emergency affecting everybody worldwide. Through motorsport, the series will showcase electric SUVs racing in some of the most remote corners of the planet that have all been damaged by climate change.

Each destination has been chosen with a different environmental issue in mind: the Desert X Prix in Saudi Arabia will highlight desertification, the Ocean X Prix in Senegal rising sea levels, the Arctic X Prix in Greenland the melting ice cap, the Amazon X Prix in Brazil deforestation and the Glacier X Prix in Patagonia glacial recession.

Members of Extreme E’s Scientific Committee have been working with the championship over the last two years to ensure the series selects locations all affected by climate change and leaves a long-lasting positive impact through Legacy Programmes, which include planting one million mangroves in Senegal and reforesting 100 hectares of the Amazon rainforest in Brazil.

The next key milestone is the imminent departure of the series’ floating centrepiece, the St. Helena, which will carry the championship’s cargo and will set sail from Liverpool, UK, in a few days for its maiden Extreme E voyage to Saudi Arabia.