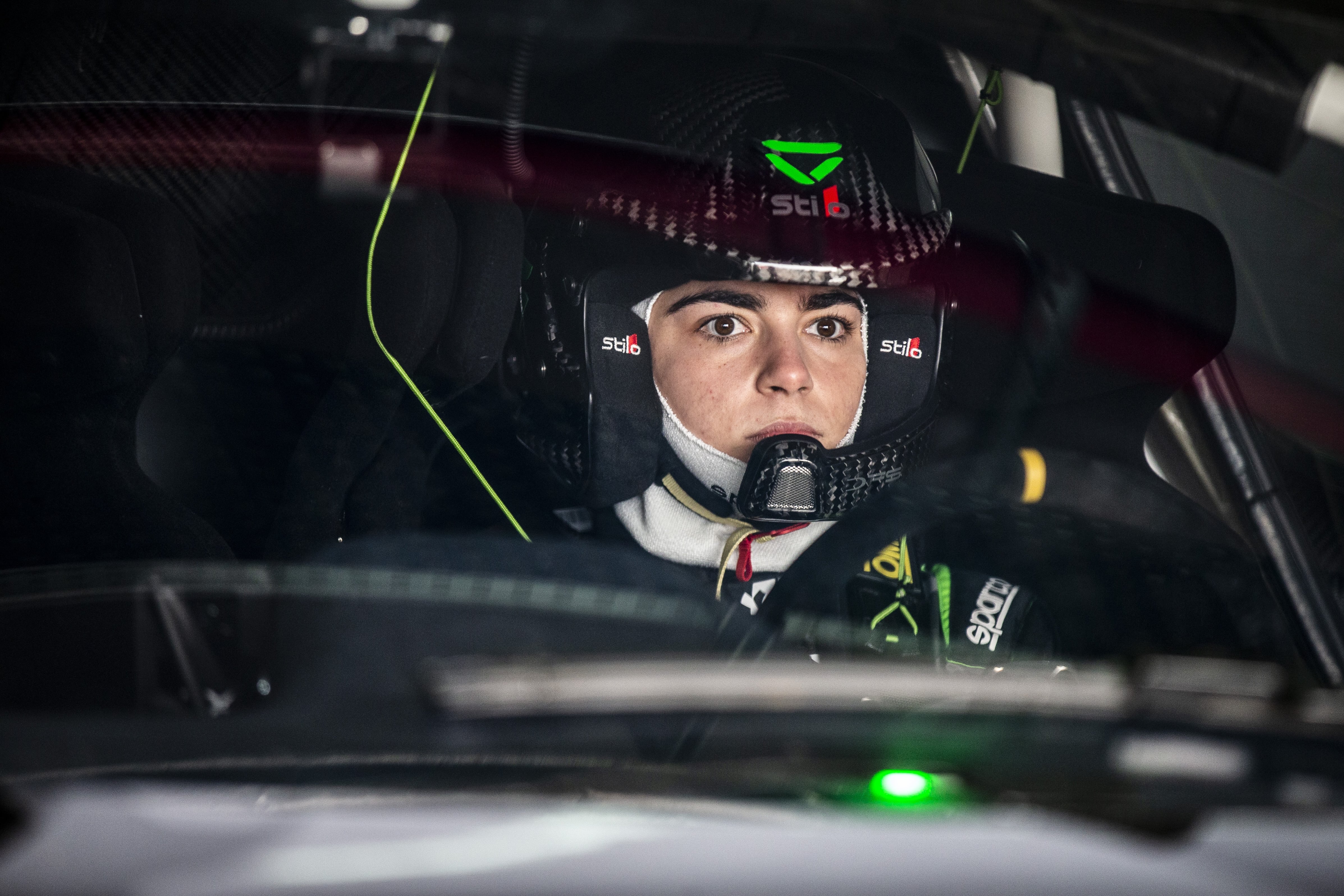 The first-ever Extreme E group test took place at MotorLand Aragón on 18-19 December with eight ODYSSEY 21s in the line-up. Jamie Chadwick got to grips with the full power ODYSSEY 21 while the team assessed two potential options for the Veloce Racing male Extreme E driver. Fog interrupted much of Friday's running but Saturday saw the drivers clocking up plenty of laps gathering valuable data in the process.

The Extreme E group test was my first opportunity to drive the car at full power so that was a totally new experience. The original plan was to test on two different tracks, one track each day. The first day we had the big open track that we thought would be more representative of the circuits we’re going to be racing on where it’s a lot more open and you have to find your way a bit more.

The weather was not what I was expecting, I was checking my weather app and it kept saying bright sunshine and we turned up each day for the test and you couldn’t see five feet in front of you. It took a bit of getting used to with the car on full power, I had to get my head out of the circuit racing style and back into the driving required for these cars.

Ultimately, with so few laps available to us it was mainly about acclimatising and getting a good balance as quickly as possible.

The team were evaluating options for my teammate so I had two other drivers testing with me, so I was doing a fair amount of learning from them and getting to know them both well. They were both super quick straight out of the box, they definitely have a lot of raw speed and will be competitive for sure, I think there’s a lot of big names in this paddock, but I think both of them would be capable of competing. From my perspective its quite cool to work with two drivers as they’ve come from completely different backgrounds and they’re very different characters but its exciting having the opportunity to learn from them.

I was surprised by the increase in power, its so fun to drive! I think the half power shakedown at Château de Lastours in France was great to get a basic understanding of the car but we wanted more from it and we’ve definitely got that and more now. I first drove the car on the shorter track and the extra power was much more than I was expecting, really cool to be able to drive it in its full spec and racing the other guys in this series is going to be so exciting.

I think this test gave me the opportunity to do some more consistent running so the main thing I noticed was a good feeling towards the set-up changes we made to the car. You can make quite a lot of adjustments to the torque map and the way the power is delivered to the front and rear axles, in the previous shakedowns I didn’t get the opportunity to feel that as much.

As a team we learned a huge amount in terms of what suits me more and what suits the other drivers more and we could dial the car in which was a huge positive.

It was so cool to be in amongst the paddock with all of the teams and big names from the world of motorsport. I was running around the paddock a bit like a kid in a candy shop! I was so buzzed about everything. I’m also under no illusions, this is going to be a big challenge, it’s a very different world for me but at the same time its so exciting to now be a part of it. I was talking to as many people as possible and soaking it all in. During my first session driving the ODYSSEY 21, Ian [Davies] the Team Manager came on the radio to tell me I had Sebastien Loeb behind me which was very surreal, but I think I’m embracing the challenge. I’m confident we can be really strong in this series, and I can learn to be one of the quickest female drivers and hopefully be on pace with some of the guys as well.

I think everyone is looking really strong, the circuits at the test seemed to favour the rallycross drivers and the Chip Ganassi car looked visually quite strong on track, it seemed like they got on top of the setup quite quickly.

Its hard to pinpoint anyone who could be a favourite right now but you can tell everyone is working hard and where certain teams are stronger than others.

For me, the main thing is to get as much off-road experience as I can between now and the start of the season. I always try to keep up with as much esports stuff as I can and the access I have to Veloce Esports through the team is invaluable and that’s definitely going to help with some of the preparation for the season.