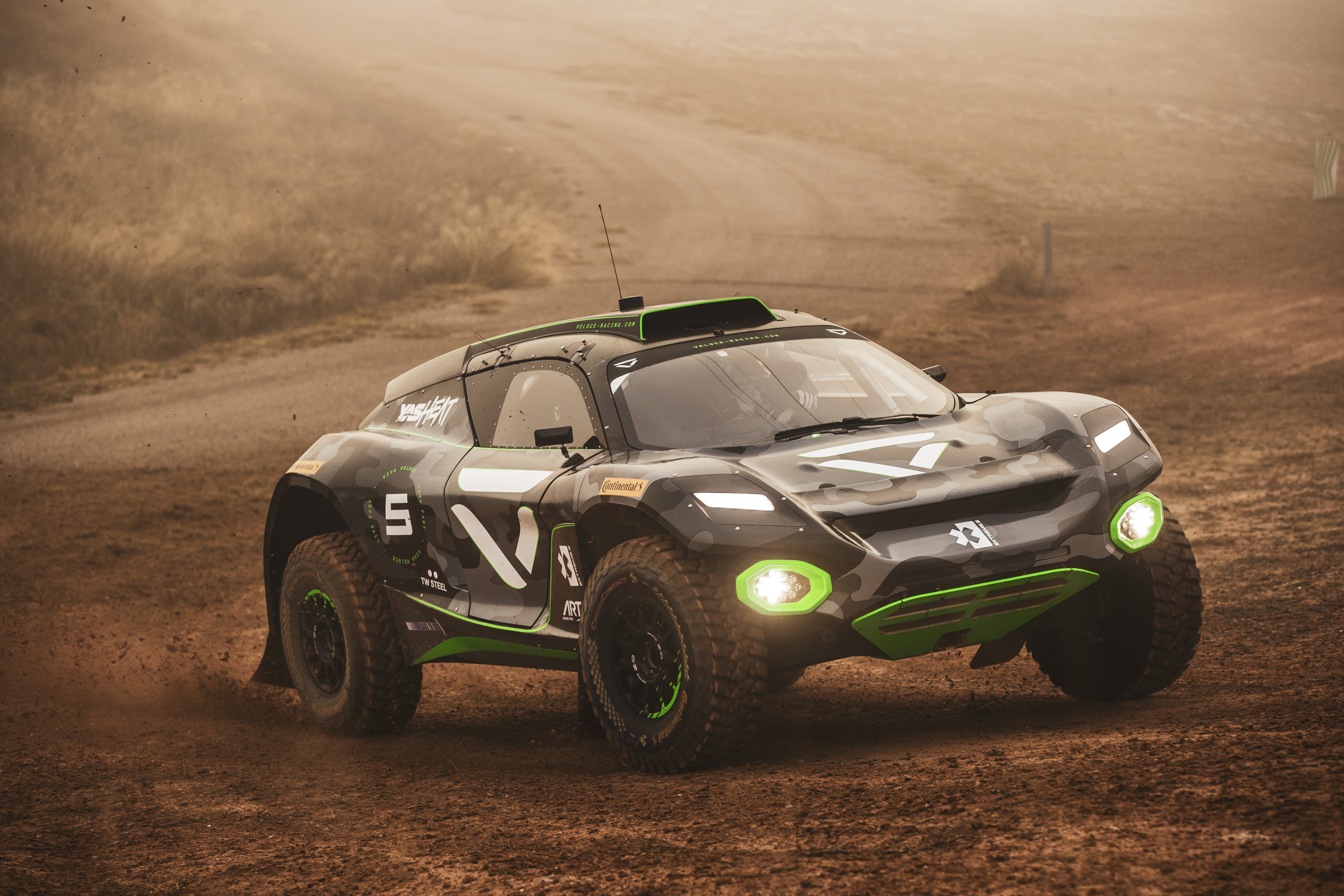 Veloce Racing has completed its first official Extreme E test, recording two days of running (18-19 December) with its ODYSSEY 21 across two off-road circuit variants at Motorland Aragón, Spain. Overall, the test was deemed a resounding success with the team gathering vital driver feedback and data ahead of the Saudi Arabian season-opener.

The test was also the first opportunity for drivers to experience the car at its maximum output of 400kW (550bhp), as the power had been limited during the team’s previous shakedowns at Château de Lastours in France.

Veloce Racing was at the sharp end for the duration as its drivers put the all-wheel drive, electric SUV through its paces, regularly topping the timesheets in the process.

The team’s first driver signing, Jamie Chadwick, utilised all of the skills that earned her the titles of W Series Champion and Williams F1 Development Driver, setting strong lap times as she continued her off-road racing apprenticeship.

Meanwhile, Veloce Racing was evaluating two world-class drivers to fill the remaining seat at the team. Both were on the pace from the outset around the 3.1km and 1km courses. The full driver line-up will be announced in early 2021.

“It was absolutely fantastic to see our dream become a reality at Motorland last week. It really was amazing to see all the cars and teams lined up in a competitive test. Extreme E has done an amazing job to pull this together this year, of all the years, and what a boost to see the Veloce Racing car quick and competitive straight out of the box. We are all so pumped and ready for 2021.”

“Walking into a paddock full of world champions and massive names from all over motorsport was something very special. Extreme E is certainly the hot ticket and we are immensely proud to be amongst it, and the icing on the cake was to be so competitive.  There is a long journey ahead and we are aware of the huge amount of talent and success around us. It really does seem like the best sort of blue sky thinking in the midst of such a taxing year, and we at Veloce Racing will be counting down the days to that first race in Saudi.”

The Veloce Racing ODYSSEY 21 will now return to the workshop before departing on the St Helena in mid-February, the floating Extreme E paddock will then head for AlUla, Saudi Arabia (20-21 March) before moving on to Dakar, Senegal (29-30 May), Kangerlussuaq, Greenland (28-29 August), Para, Brazil (23-24 October) and Tierra Del Fuego, Argentina (11-12 December).