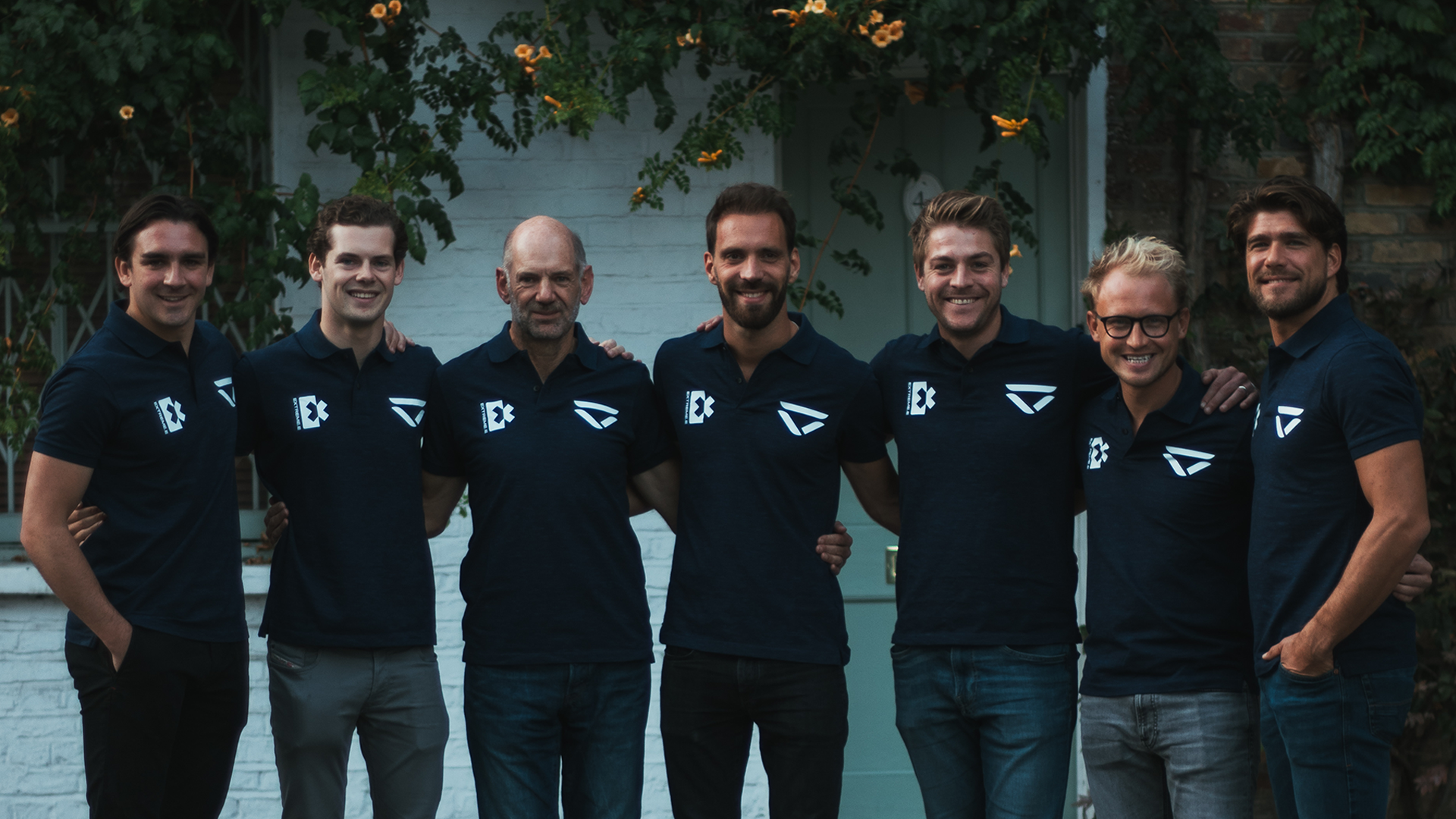 Veloce Racing – co-founded by the team behind its industry-leading sister organisation Veloce Esports – will take on formidable environments, already damaged by climate change or severely affected by human interference, as a fully-fledged franchisee in the pioneering off-road racing series.

A key factor in the team’s entry will be supporting Extreme E’s goal of implementing positive legacy projects in each race location – not only raising awareness of the challenges faced but actively aiming to improve those environments.

A perfect blend of experienced motorsport heads, business masterminds and entrepreneurial prodigies have collaborated to form Veloce Racing, producing one of the most exciting managerial line-ups in modern motor racing.

The Veloce Racing Management Team is headed up by three of London’s most talented young commercial moguls – Daniel Bailey, Rupert Svendsen-Cook and Jack Clarke – alongside Harrison Newey, all of whom already hold a key footing in the motorsport arena. Jean-Éric Vergne – double Formula E champion and former Formula 1 driver – makes up the fifth co-founder of the organisation.

Adrian Newey – Formula 1’s most prominent and celebrated technical chief – is the lead visionary behind the team, whilst Darryl Eales (former CEO of LDC) and Andy Webb (former CEO of Marussia F1) co-chair the eye-catching squad.

Both Newey Snr and Vergne bring a wealth of on and off-track experience to the fledgling outfit, commanding great respect throughout the motorsport industry.

Svendsen-Cook and Clarke, along with Vergne, are the co-founders of Veloce Esports; the industry-leading gaming organisation, active across a spectrum of titles and disciplines with multiple teams operating under its umbrella, including Alfa Romeo Racing Esports and Fernando Alonso Racing Esports. The organisation also boasts one of the largest digital media networks, where its stable of talent distribute diverse gaming content to an audience of millions every week.

Bailey, meanwhile, is co-founder and Chief Commercial Officer of MPA – one of the sport’s fastest-growing commercial and marketing agencies. The 28-year-old is one of the foremost young entrepreneurs driving business and commercial partnerships across the industry.

Newey Jnr is already a successful racing driver, with multiple titles to his credit and experience in a variety of motorsport disciplines. The 21-year-old currently races in Japan’s Super Formula single-seater series and joins Veloce Racing as Business Development Director.

The inaugural Extreme E championship will commence in 2021, using electric SUV vehicles to race off-road in extremely remote parts of the world. It is the brainchild of the team behind the hugely successful Formula E racing series, including Formula E founder Alejandro Agag. The project was launched publicly in January 2019 by Agag aboard Extreme E's unique ‘floating paddock’, RMS St. Helena, in London.

Extreme E’s ground-breaking new E-SUV was unveiled to the world’s media at the Goodwood Festival of Speed in July with a full testing programme set to get underway mid-way through 2020, before the series launches the following year.

The series’ first confirmed location, Greenland, was announced at the end of August, with its Himalayas, Desert, Rainforest and Indian Ocean Island stages to be finalised in the coming weeks and months. Issues affecting these areas include deforestation, rising sea levels, melting glacier ice, desertification, and plastic pollution. A final five-event calendar will be announced in due course.

Adrian Newey - “We are delighted to be announcing the launch of Veloce Racing, as well as confirming our place as a fully-fledged licensee entrant into Extreme E. “The series is an exceptional platform for drawing attention to the earth’s environmental challenges and driving change. Veloce will play an active role in as many of Extreme E’s legacy projects as possible to help re-generate the local environments. “We also believe that Hydrogen is a fuel source to be seriously considered for the future and we will take great pride in playing our part in encouraging Extreme E to adopt Hydrogen in its next generation Extreme E-SUVs.“The media model is in line with modern consumption and the content will be an exciting blend of live racing and documentaries to converge audiences in an unprecedented manner.“Everyone involved in Veloce Racing is extremely passionate about racing, competition and cutting-edge technology, as well as tackling environmental issues that face the world today, so we couldn’t be happier to be taking part in Extreme E – we can’t wait to get started!”

Jean-Éric Vergne - “Today marks another great step for Veloce. I have always believed in the vision of Alejandro Agag and I strongly believe in the success of Extreme E. For me, it was clear I had to be involved in the series ever since I saw the concept, and together with my other co-founders we have worked incredibly hard to make this happen – we plan to be disruptive in our approach as we drive awareness to climate change. “I would also like to welcome Adrian Newey (Veloce Racing Lead Visionary) on-board. His expertise and outstanding career in the sport will no doubt bring unbeatable added value to our team. I had the privilege of working with Adrian when I was driving for Toro Rosso in F1, so it is a great pleasure to be reunited again to create something very special.”