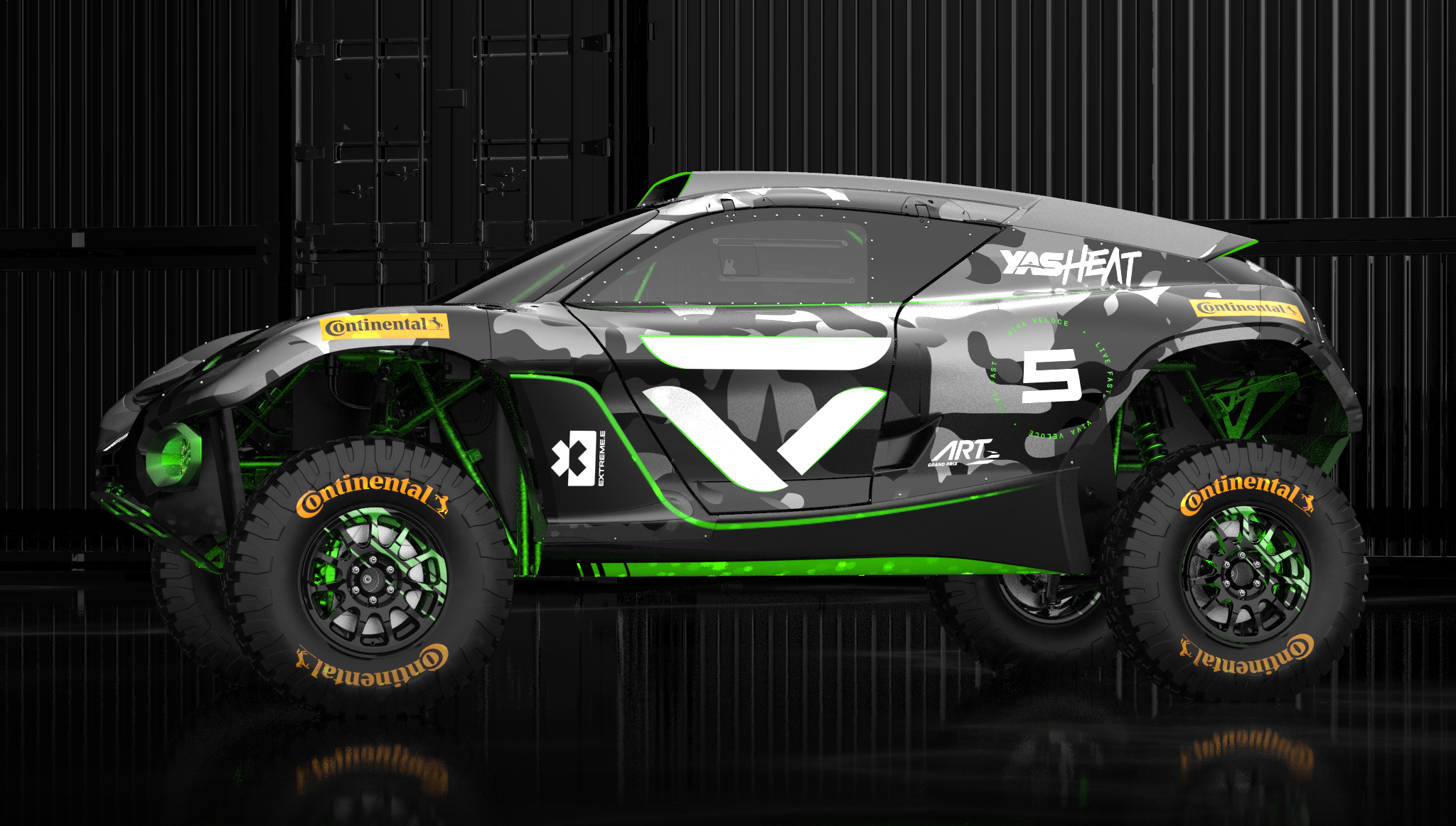 Veloce Racing unveiled its ODYSSEY 21 earlier this week (27 October), revealing the colours of the challenger that will carry the Veloce name into its first real-world motorsport championship.The London-based squad recently announced a partnership with French motorsport powerhouse, ART Grand Prix as well as confirming a merger with the esports arm of the company – Veloce Esports – earlier in the year, putting the team in a great position to challenge the likes of Rosberg Xtreme Racing, Lewis Hamilton’s X44 and Andretti United amongst others.

First to be announced via social media channels was Veloce’s all-new colour reveal – Veloce Volt – a vibrant shade of green that not only looks phenomenal, but ensures the car stands out from the crowd as well as further cementing the sustainable, renewable energy messaging on which the foundations of the team are based.

Next up was the livery which was simultaneously revealed on the Extreme E live event and social media. With a base of the now recognisable Veloce camouflage (borrowed from Veloce Esports), accents of Veloce Volt are added to bring out the defining and prominent features of the all-electric SUV. Combine these aspects and you have a truly unique look for a racing car that will turn heads at each and every race location.

Jack Clarke and Rupert Svendsen-Cook, Co-Founders of Veloce Racing were on hand – albeit remotely – during the official Extreme E Virtual Series Launch to introduce the team and car, giving a background on the organisation’s beginnings in esports and outlining the aims for Season One. Veloce Esports influencers Tiametmarduk (McLaren Ambassador for esports) and James Baldwin (World’s Fastest Gamer 2019) were also streaming live reaction from their Twitch channels.

Last but certainly not least was the race number. Across its social channels, Veloce revealed its entry number for the inaugural season of Extreme E would be number five.

As to why the number five was chosen, and to find out exactly which drivers will be gearing up to race the Veloce ODYSSEY 21, well, you'll just have to stay tuned.